If you were a lioness, what would you do? 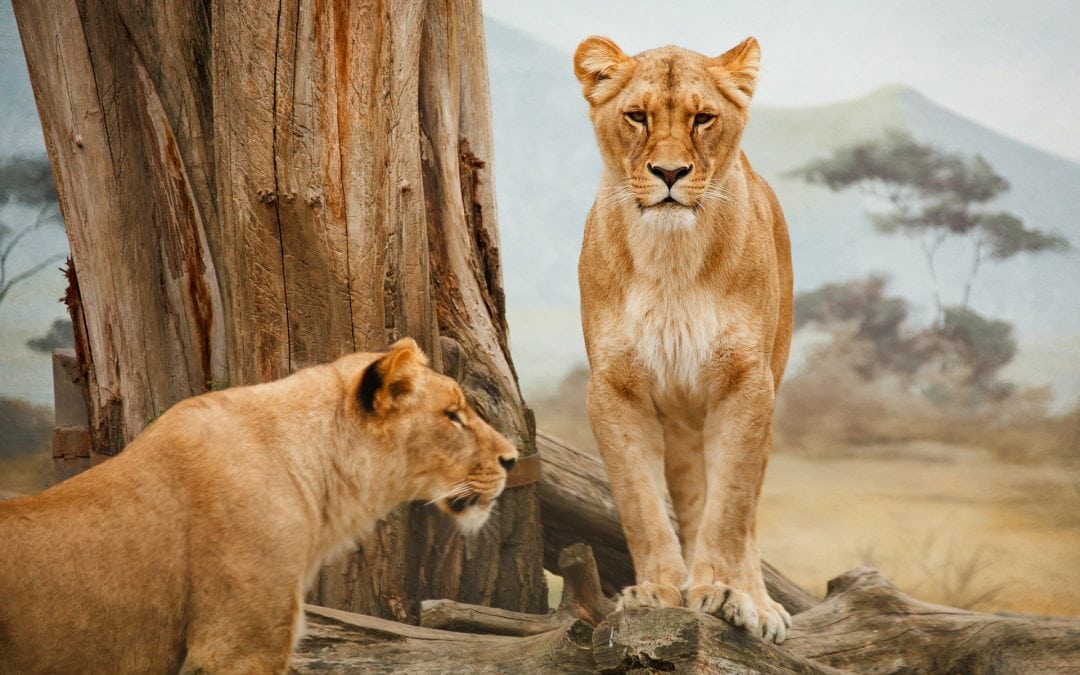 :: I woke up this morning to the most bizarre news story. I mean, truly bizarre.

The CNN headline read like this: “Lioness kills the father of her 3 cubs at Indianapolis Zoo.”

It went on this way: After hearing a lot of noise in the lion pen, zoo personnel “saw a female lion, Zuri [great name!], in a physical confrontation with their adult male lion, Nyack.” 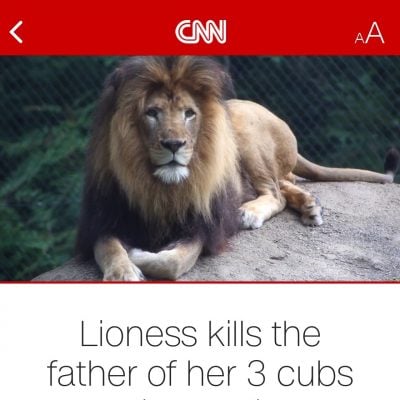 Although they tried to separate the lions (how, exactly, does one do that?) “Zuri held Nyack by the neck until he stopped moving.”

The zoo did a necropsy of Nyack (that’s an autopsy, but for animals), and “found that the 10-year-old male died of suffocation from injuries to the neck.”

(At the point, I’m wondering why this headline popped up on my phone at all, and not, say, literally anything else.)

The story goes on. “The two lions were housed together at the Indianapolis Zoo for eight years and produced three cubs. … According to staff logs, there were no previous examples of aggression between Zuri and Nyack. … The Indianapolis Zoo said it will investigate the incident.”

I talked to a friend of mine to see if I was the only one wondering why the wonders of the natural world are being couched like a murder? Why is CNN anthropomorphizing a lioness turning on a lion in captivity?

Look at that headline. “Father” of her cubs? These aren’t people. He’s not a father. Male lions are terrible “fathers.” Male lions kick their own male cubs from their prides, after which the juvenile male lions often die alone. Don’t use a human word to talk about animals. That’s lazy and stupid.

It’s also misleading. I was waiting for the the next lines of the story to be something cliché, like this: “And the man lion had no prior record of domestic abuse.”

Or, “Neighbors are all scratching their heads. ‘They seemed like such a happy lion couple.’”

Come on, CNN. This is really bad reporting about animals.

THINGS I WOULD DO IF I WERE A LIONESS:

The point is, the article anthropomorphized two animals doing animal stuff to make it more appealing to a human readership. And that would be the end of the stupidity of the article. Except it isn’t.

As I was discussing the article with my friend and thinking more about it, I realized a few things about why this article is even worse than a terrible portrayal of the the natural world and man’s meddling in it.

Y’all. I don’t even have to tell you what those sentencing numbers look like. You know I don’t. But you can read about them if you want to. Men get 2-6 years for killing an intimate partner. Women get 15. On average. That’s because intimate partner violence when the man is the abuser is normalized, accepted. When a woman strikes back? It’s unnatural. It disturbs the order of things. The woman must be made an example of.

Power must be re-balanced. The fist of the law must come down.

And if we’re talking about lions, then it seems unnatural that a lioness would rip out the lion’s throat. Or at least that such a thing is newsworthy. After all, according to the zoo, for eight years there was no conflict between them.

Me: If the dude lion had ripped out HER throat it wouldn’t have made a headline, because dude lions amirite?

My friend: HE LIKES BEER OK

Me: IT WAS LOCKER ROOM THROAT RIPPING

But, it’s not really funny, is it.