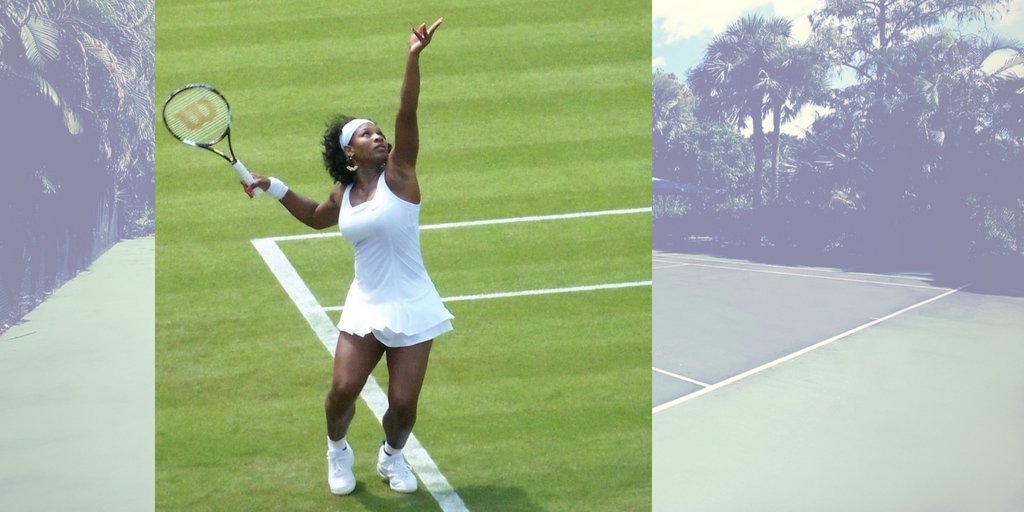 :: Watching postpartum Serena Williams play at Wimbledon is the most beautiful thing I’ve ever seen.

She’s also half-a-step slower than usual—most people probably can’t see it, unless they watch a lot of tennis. But Rodina knocked out Madison Keys, and low-ranked Rodina just doesn’t hit as hard as Keys does, or as deep. Serena’s winning a lot on her serves, both aces and service winners, which is helping her roll over over Rodina.

But the ball’s coming too close to her body more than usual, and things just aren’t as Serena-perfect. And I love her even more for it.

It’s glorious to watch. Because despite all of that less-than-perfect, she’s still Serena. She’s still the GOAT. She’s still amazing.

She’s a mom, with an infant. I’m looking for baby spit-up on her white dress. I’m asking myself, How many hours did she even sleep last night?

After an emergency C-section, a near-death medical emergency post-delivery caused by multiple blood clots in her lungs (pulmonary embolisms), and worse, not being believed by her doctors when she knew the blood clots were happening, she’s back on the court, in the final rounds of Wimbledon.

I have completely rearranged my life to watch this woman play tennis. When my kids are older, I will tell them stories about Serena, and her sister Venus. And they will talk about her the way we talk about Muhammed Ali.

The news came out recently that Serena Williams is drug tested far more frequently than other women on the pro tennis tour. She’s been tested five times this year already. People who insist that racism isn’t real have a lot of reasons to excuse why her much-higher frequency of testing happens (I’ll get to those in a minute). People who know that racism is real know that racism has a whole heck of a lot to do with it.

(Racism also has a whole heck of a lot to do with why the doctors didn’t listen to Serena in the hospital when she told them she needed a CT of her lungs when she had her pulmonary embolism. It has to do with why black women in the U.S. die due to complications of childbirth 4 times more frequently than white women, a mortality rate that cross lines of wealth and education.)

Because I hate myself, I read the comments on an article on a usually not-shitty sports website that broke the news about the drug-testing rates. Here’s what the “racism isn’t real” dudes (they were 100% dudes) had to say about why it’s completely okay to test Serena so frequently:

(3) Serena is manly. (All right. That’s straight up racist and I hate people.)

(4) Serena’s dominance is only explainable by performance enhancing drugs (PEDs). (Because no woman has ever dominated tennis before?)

All right. That’s all total bullshit, and I won’t even bother getting into deeper arguments. But I’m going to give one really good one: 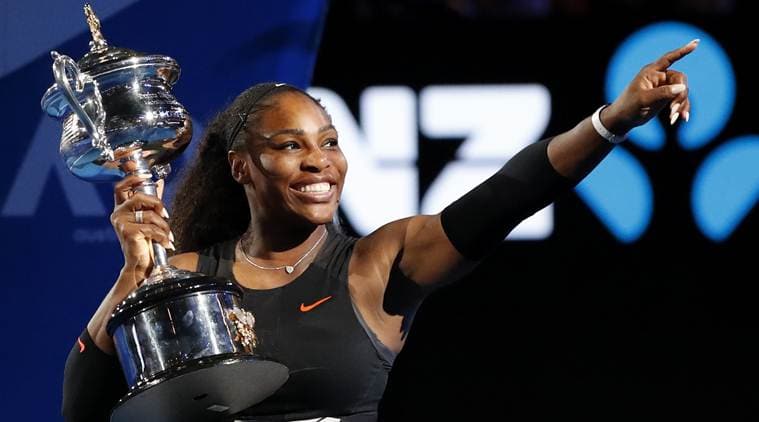 That’s Serena, winning the Aussie Open in 2017, while pregnant. (Image via AP)

Have you ever been pregnant, trolly-dudes on the internet? No. Therefore, you have likely never read the insanity that is the pregnancy advice women receive.

Pregnant women are told to avoid nearly everything: all soft cheese such as feta, brie, blue cheese, and more; deli meats, like, so you can’t have a sandwich; fish such as tuna, so no tuna sandwich either; nail polish; hair dye even though that story was debunked but people still tell you not to; nearly ALL medicines (including, like, Advil); house paint (so you can’t paint the nursery); and, for real, exercise.

Given that we’re basically told we can only drink milk we milked from the free-range cow ourselves with our hands that we first washed in a stream of spring water into a bucket made of organic wood, no pregnant woman would put the health of her unborn baby at risk by taking dangerous drugs—and ALL PEDs are dangerous.

That’s it. That’s my argument. That woman clutching that trophy of one of the most grueling sporting events in the world is pregnant.

And now she’s not. Now she’s postpartum, and a little thicker than her usual fighting weight, and wearing a babydoll dress, and smacking the unholy shit out of the ball, and everything, literally everything about her is beautiful.

She’s too good for this world. We don’t deserve her.