Suicide and the Language of Choice 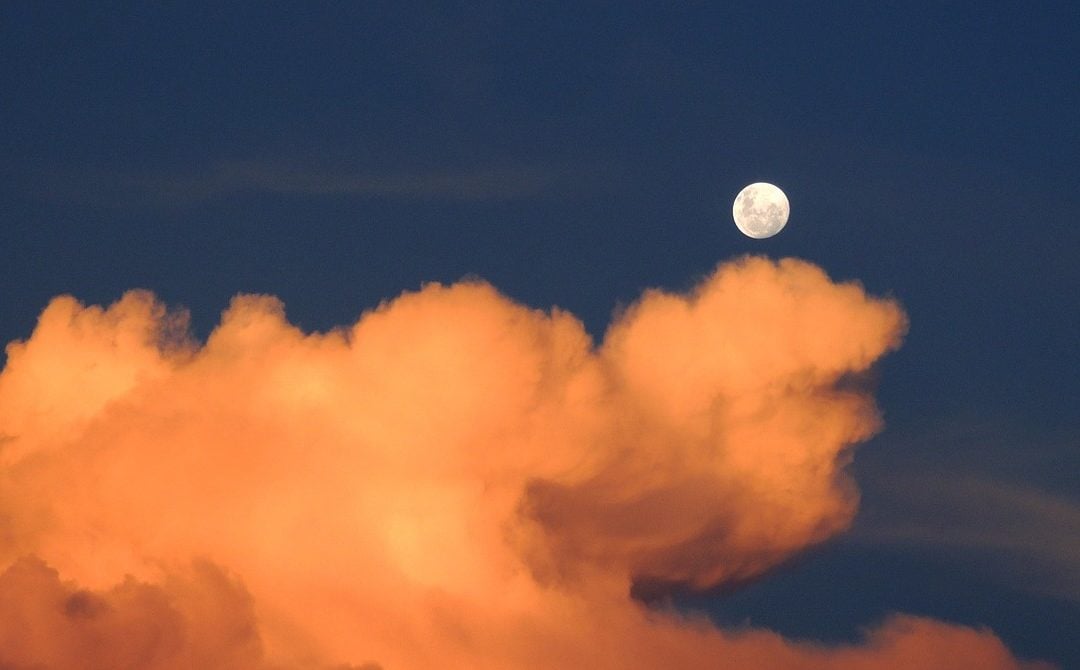 :: When a person dies by suicide, there is no choice. Suicide is the only alternative.

Of course I didn’t know Kate Spade or Anthony Bourdain. I was not related to them by blood. But as someone who has a mood disorder and who has struggled with suicide, I feel like we have gone to war together—that we did it every day. Some of us come home, and some of us do not. For these reasons, their losses feel personal. And I know I’m not the only one that feels this way.

Some of us are thinking about the time that we tried to die, when we knew, when we were certain, that the world, that our families, that the people we loved most would be better off if we were dead.

And that’s why when I see certain public outpourings from people who are not on our team, I get upset, annoyed, and perhaps even angry. There is a genre to this type of outpouring, a typical way of speaking, and this genre shares at least one particular convention that is so painful I have to leave social media for a while.

In fact, I signed off after Kate Spade‘s death and didn’t even hear about Anthony Bourdain’s death until someone on the team texted me it this morning to ask if I was OK. She figured I’d heard about Bourdain. I hadn’t.

Here’s what the convention of this type of outpouring looks like: The person expresses grief and sadness over the death of a famous person she admired. Then the person tries to make a show of solidarity with disabled people* by writing something like this: If you feel as though you must choose suicide, don’t.

The important word in that sentence is “choose.” As though suicide is a choice to a person who dies by suicide. For the record, this language of choice is flagrantly, painfully, and dangerously wrong.

All you have to do to see what I’m talking about is to type these words into a Twitter search: “Bourdain Suicide Choose” or “Spade Suicide Choose.” Here’s a sampling of what you’ll see. I did not link to the first two because the posters are not public figures.

“My heart is hurting over Anthony Bourdain and Kate Spade and all of the other people that choose suicide as an exit. I am so sorry this world hasn’t done a better job of understanding you or validating your feelings. I’m sick for their families and friends. This is awful.”

“No matter a persons life, whether rich or poor, they should never feel so down that they choose to commit suicide. Rest In Peace Kate Spade.”

Here’s Rose McGowan, in a now-deleted tweet, saying the worst things ever. Rose. Do better. Although she does not say “choice,” she says “considering suicide as a solution,” as though one would be running the numbers in a spreadsheet: 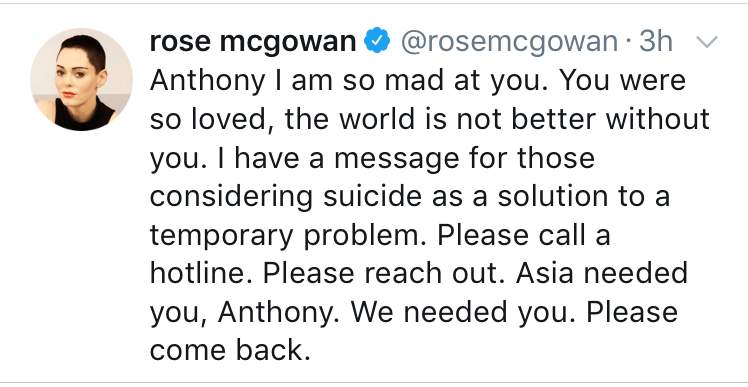 [Tweet transcribed: Anthony I am so mad at you. You were so loved, the world is not better without you. I have a message for those considering suicide as a solution to a temporary problem. Please call a hotline. Please reach out. Asia needed you Anthony. We needed you. Please come back.]

Some people did do better. Jenny Lawson, AKA The Bloggess, wrote this:

People who are shocked that Anthony Bourdain and Kate Spade are dead because “but they had everything!” clearly do not understand mental illness. It is as deadly as cancer. It tells terrible lies. Just because it’s not visible doesn’t mean it’s not real.

Mental illness tell lies. You cannot make a choice when you are surrounded by lies. That’s the whole point.

I knew, knew, knew the world would be better off without me. Every part of my highly intelligent, highly educated brain knew, without a doubt, that this fact was true.

Even when it wasn’t.

When it comes to suicide, there is no “choice.”

Kick the discourse of choice out of your vocabulary when you discuss suicide. The team thanks you.

* “Disabled” refers (also) to people with mental illness and neurodivergences. We are a community that can and should support one another.