The Glory and Heartache of Tennis 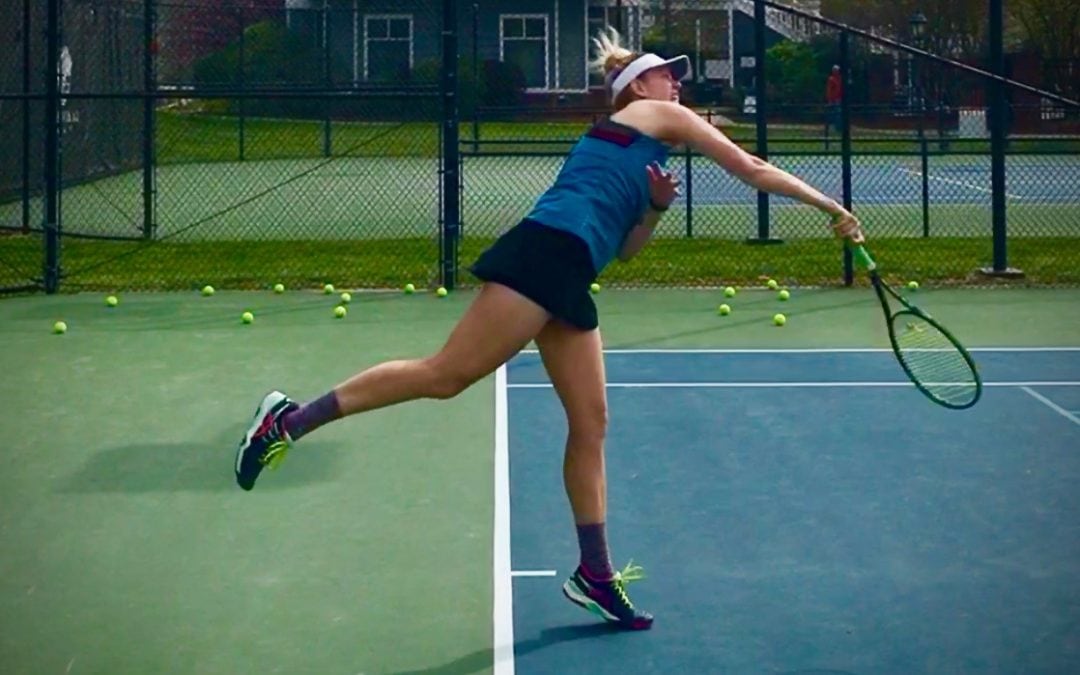 :: Welcome to the glory and heartache of tennis.

Today I’m going to introduce a new writing topic on my blog, a topic dear to my soul: tennis. I have a family. I do my work. And I play tennis. Those are my three loves.[1]

Those who follow me on Instagram (@krgpryal) already know that I’m a tennis player. My Instagram feed is 1/4 pets, 1/4 writing, 1/4 me doing stupid stuff, and 1/4 tennis.

I live in North Carolina with my husband and my two sons, whom I call 7 and 9 (their ages) in my writing. When we first moved to Chapel Hill from Durham a few years ago, I was miserable. I’d left behind a community that I’d been a part of for over a decade. Before we moved, I didn’t think the change would matter that much; after all, Durham wasn’t that far away. The towns are only 15 miles apart, maybe 25 minutes by car.

But that 25 minutes turned out to be an eternity. I moved to Chapel Hill, and all of my friends lived in other places, even my work friends at the University here, who commuted in from Raleigh or other cities.

My family lived for a year in our intermediate Chapel Hill home, a house on a large lot in a neighborhood where the all of the houses were spread out from one another, with no public transportation and no neighbors nearby.

Coming from my old neighborhood in downtown Durham, one full of sidewalks, where I walked my kids to their preschool, I was lonely. Really lonely.

Then, in late 2014, we moved to our (forever) home, located in a small subdivision built about twenty-five years ago as part of a new kind of smart urban growth. The houses are on small lots, and none of them are very large (except for a few on the outskirts). There are sidewalks, which makes the neighborhood great for taking walks with small children. There are apartments and condos in the village center. In the village center, there is a movie theater, a cafe, a small grocery, a pharmacy, a pediatrician (two, actually), and more. All within walking distance.

Living in a place where I could walk helped.

Even better, my younger sister, who’d lived in New York for years, had just moved to this neighborhood. I had a friend again.

The neighborhood had a pool and tennis club that anyone could join. In 2015, a woman sent a message over the neighborhood listserv, a call to club members to join a women’s United States Tennis Association (USTA) tennis league team she was putting together. She needed more players. I thought about it, then brushed the idea aside. I didn’t have time. I was nervous; I hadn’t played tennis since I was a kid, with my dad. I didn’t know anything about playing in a league. Also, what if everyone hated me. (Oh, hello, I’m a introvert and shy around new people.)

I carpooled with some team members to the match at the other club. I didn’t know this at the time, but we were playing the lowest-ranked team in the league, and my team was ranked first. My captain had put me at Doubles Three (i.e. D3), the easiest line, with a partner who was unflappable.

My partner and I won 6-1, 6-1. My team won all five lines. The match was a cakewalk, but it didn’t feel like one to me. I wanted to succeed at this new sport. I wanted my teammates to like me. The moment felt like a turning point.

I was right about that.

The rest of the season, my team continued to win matches, until we won the playoffs, and we secured a spot in the USTA North Carolina state championships. As my team was making plans to go to States, I held back. I still didn’t feel like I was part of the team. I’d joined late. Surely they didn’t want me or need me. Besides, I told myself, States probably wasn’t that big of a deal.

Reader: Making the state championships is a big deal.

I didn’t go. Everyone else went to Lake Norman for States, and they came back with stories about wins and losses. Our team didn’t win States, but the experience was worth it. Of course it was.

For the summer season, I did two things. I formed and captained the 2.5 singles team—singles happens in the summer. And I started taking lessons.

Captaining forced me out of my shell. I had to get to know the players more—who was who in my neighborhood, who was stronger (since I had to make the lineups), and what their ratings were. Someone else captained a 3.0 team that summer—I don’t remember who—but I would never have played on that team. I would never have thought to ask.

Singles is a very different game than doubles. This essay doesn’t have the room to get into why (a future essay will). For most of my life, I played team sports, and doubles is a team sport, for good or ill. Singles, though, is not. I learned a lot about myself that summer playing singles.

I learned that you can hit the ball as hard as you like, but if you are inconsistent, you will lose.

I’m a middle-aged mom with a full-time job.

Welcome to the glory and heartache of tennis.

[1] Since writing this piece, I’ve returned to an old sport of mine, horseback riding. It’s interesting to see how much they share.