When It Is Time for a Change 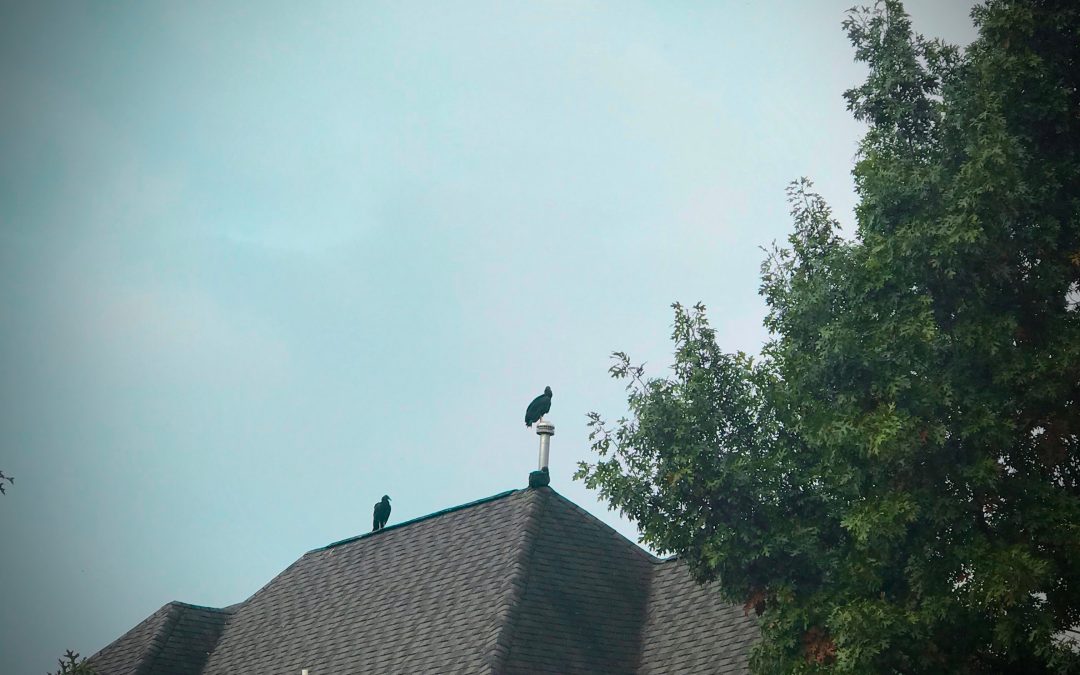 :: When I see the vultures in our neighborhood, I don’t think of death or scary things. I think of change.

We have a lot of really large vultures in our neighborhood. They hang out, like a feathery biker gang, cool in their black coats, eyeing you as you go by, larger than you’d expect. We’re not a neighborhood full of forests, or of deer or other animals, and so I often wonder what draws them here. Nevertheless, there they are, on tree limbs, roof tops, or just eye-level to you on fence posts. Even my dog, who’ll hunt anything, leaves these massive birds alone.

I hear my neighbors say that they think the vultures are creepy. I can understand where they’re coming from. When the vultures arrive, they’re signaling death, after all. And they’re not the prettiest birds, not like our red-shouldered hawks.

But lately, especially now that the weather has finally turned fall-like, when I see the vultures I don’t think of death or scary things. I think of change.

Things in my family’s home, especially, but also in our work, have gotten off-kilter. My husband and I both work for ourselves, so our work bleeds into our home and back again. Sometimes it’s hard to keep those boundaries distinct. Things all around have become hard in a way that isn’t good. We’ve spent so much time putting bandaids on problems that we stopped noticing that the source of the problems might be something that we have control over, that we can change. Even if it means doing something that might be scary. That scary thing might ultimately be what is best for our family.

But let’s say we do the scary thing, and, after a little while, it turns out, after a few months, it isn’t the best thing. That’s okay. That’s the thing about choices. After those few months, we can choose something else.

What we can’t do is sit around and watch each other suffer. We have to take care of each other. Because we love each other, and that is the most important thing.

The weather is cooling, and the wise birds are watching. I believe in us.

My latest book, LIFE OF THE MIND INTERRUPTED, just came out 10/16/2017. If you liked this post on hard choices and keeping balanced, you might enjoy that book.