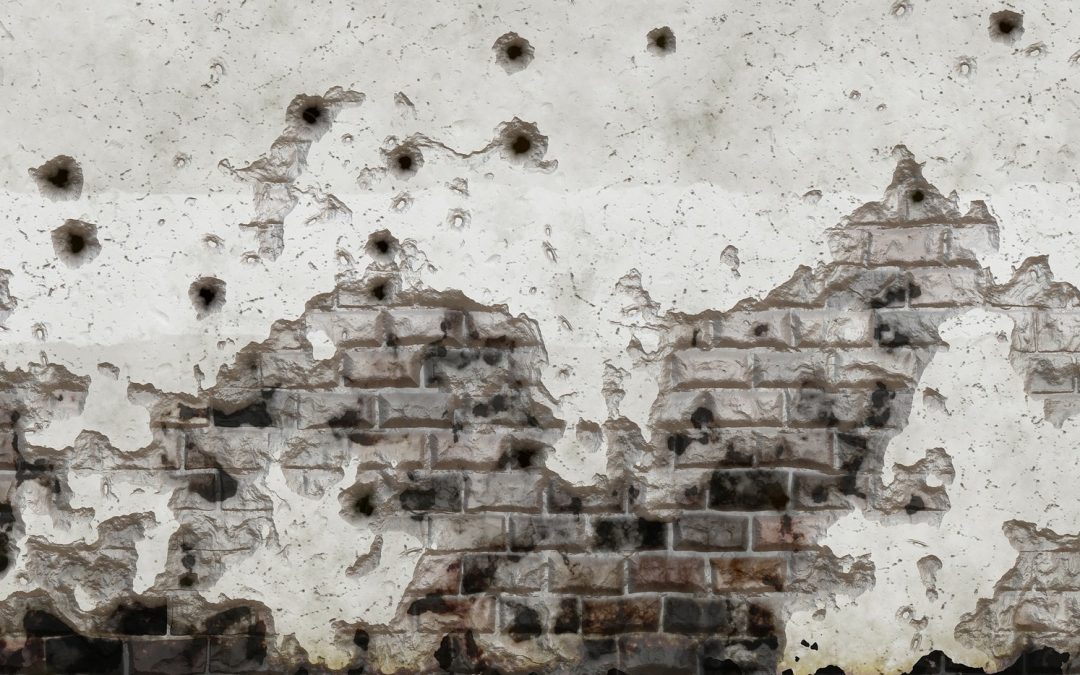 :: Our gun problem is not a mental health problem. … Scapegoating works when a group is small and already vulnerable. People with major mental illnesses make up a small portion of our population, and they are among our most vulnerable.

In the wake of every mass shooting tragedy in the United States, when the shooter turns out to be affiliated with a homegrown American kind of terrorism, such as racist or sexist terrorism, and especially when that shooter is a white male, politicians and the popular media turn to some predictable talking points.

One of those predictable talking points is mental disability.

I’m writing this evergreen (journalism speak for “always timely”) essay so I have something to reach for during those times, like right now, in the aftermath of the shooting in Las Vegas (& now Parkland & now Buffalo), which is currently the deadliest one in U.S. history. That will likely be surpassed if we do not pass some seriously revolutionary gun laws, which will likely require amending the Constitution given the very recent rulings on the matter.

Mostly I’m going to point to some things that I’ve written on gun control and pull some quotes so I don’t have to do this song and dance every time. 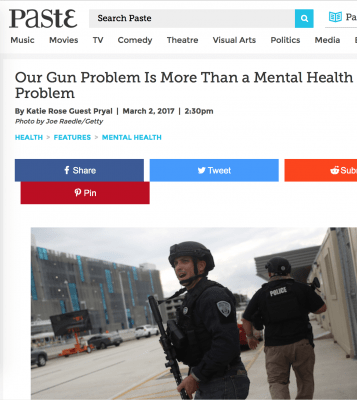 In Paste Magazine, I wrote very directly about how “Our Gun Problem is More than a Mental Health Problem.”

I led with what is still an astounding statistic: On ‘Jan. 6 [2017], BBC Magazine released a story on how Japan has nearly eradicated gun violence completely. According to the story, “only six shots were fired by Japanese police nationwide [in 2015].” Six. Total. Shots.

In that same year, the U.S. had 33,599 deaths, according to the CDC. Even controlling for the difference in population, the main factor is access to guns. For another example for how access to guns changes gun death and injury rates, look to the massive change in Australia’s rates since they somehow overcame a long cultural history of guns and got rid of them, too.

But the most important thing to note is this: “Our gun-homicide rate here in the U.S. is about 25 times higher than other developed countries, according to the American Journal of Medicine. But, according to Kenan M. Penaskovic, M.D., professor of psychiatry at the University of North Carolina at Chapel Hill, the ‘percentage of the population struggling with mental illness is the same as the rest of the world.’ Logically, then, mental illness alone is not the reason that we have so many more gun homicides in the U.S.”

I mean, obviously. But people on the left and the right still scapegoat people with mental disability* when they talk about guns.

But the hidden, horrifying statistic that no one wants to talk about has to do with suicide: “Of that number [of annual gun deaths], a large percentage—63.5 percent to be exact—died by suicide. What that number means is that a person with a gun is more likely to use that gun to harm themselves that to harm someone else.”

No one talks about suicide because “self-harm doesn’t whip up the fear and frenzy required to blame a small group for a gun violence epidemic they didn’t cause.”

“Our gun problem is not a mental health problem, but people with mental illness are dying from guns—by their own hand. That is a real public health issue. Guns rarely give a person a chance to regret or change their mind if they are contemplating suicide. Suicide-by-gun is usually—starkly—final.” 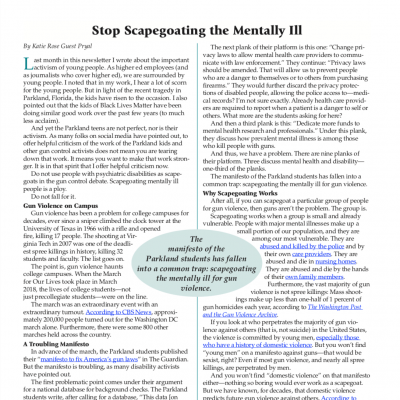 In May of 2018, in response to the Parkland shooting, I wrote another piece on scapegoating the mentally ill, this time more specifically in the higher education setting.

The essay is direct response to the ways that mental illness took center stage in the gun-control debate post-Parkland; it breaks down the temptation to scapegoat:

Furthermore, I point out, “The vast majority of gun violence is not spree killings: Mass shootings make up less than one-half of 1 percent of gun homicides each year.”

The majority of gun deaths are deaths by suicide. The next largest: intimate-partner violence. These facts are not secrets; but nobody with any clout wants to talk about them. 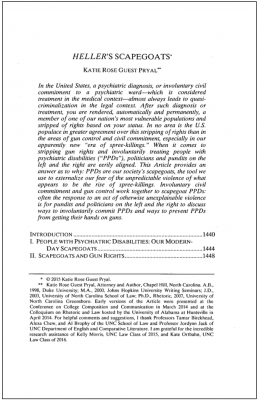 If you want to read a more in-depth take on the scapegoating of people with mental illness in the gun control debate, I wrote a piece called HELLER’S SCAPEGOATS for the North Carolina Law Review.

(The title is a reference to D.C. v. Heller, the big case that basically lets anyone do what that want with guns. THANKS, SCALIA.)

And lastly, in case you missed it (how?), the NRA has released a series of creepy videos basically inciting civil war and gun violence and paranoia, and I wrote about one of them for DAME Magazine.

“The NRA Has Declared War on America” might seem like an overdone title for the piece, but if you watch the video, you won’t think so any more.

* NOTE: I use the term “mental disability” to refer to mental illness and other neurodivergences that are not “illnesses” such as autism spectrum disorder. As a mentally disabled person, this is the term I choose to use to describe myself.