HOW TO STAY Goes Traveling 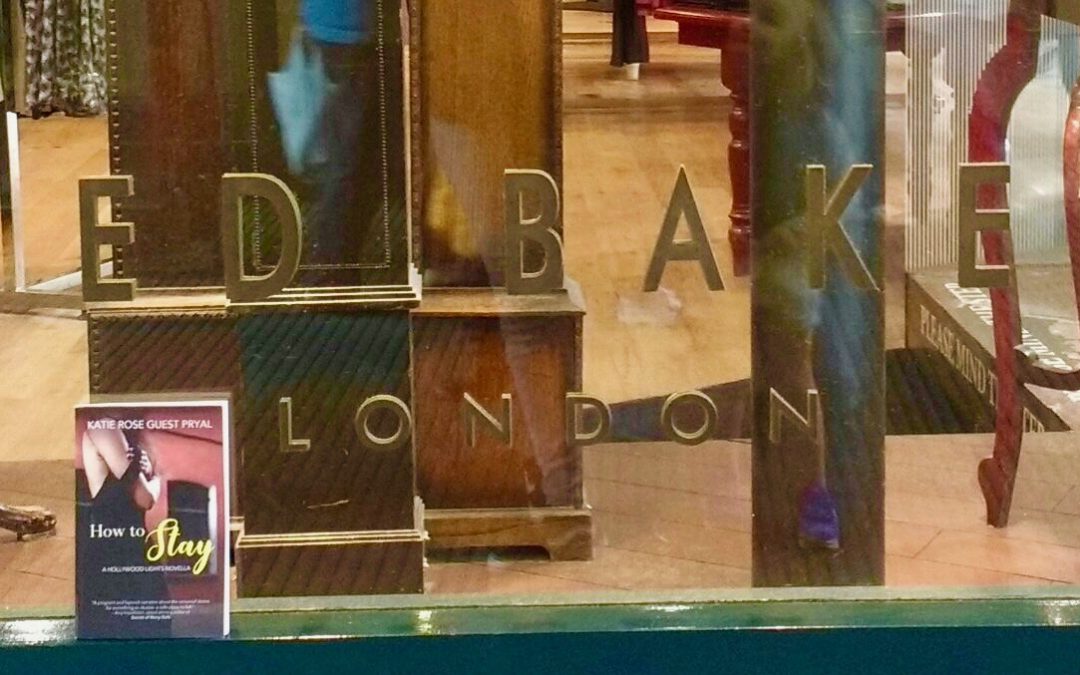 :: “A poignant and layered narrative about the universal desire for something so elusive—a safe place to fall.”

There’s been some news on the writing front for me: I had a new book come out in September, and I have another new one coming out in two weeks. I haven’t made much of a ruckus about it around here because I’ve been busy with this.

An intrepid reader of my work who happens to live in England took How to Stay on some adventures, and she shared photographs with me. 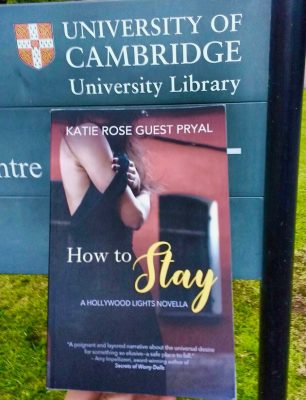 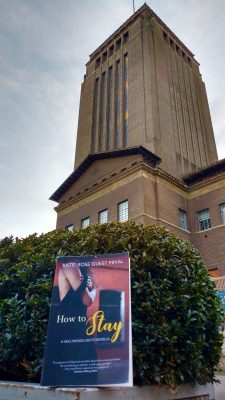 She took the book around Cambridge, England, most impressively near the library, where my book was very happy to find itself.

The best, perhaps, was the outing to the Ted Baker store, a clothing line which this author herself likes very much. 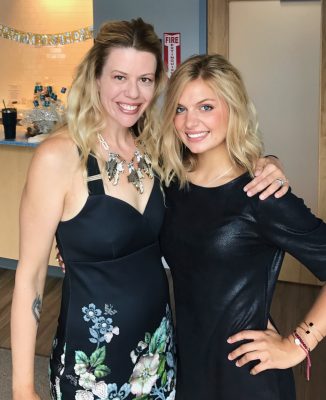 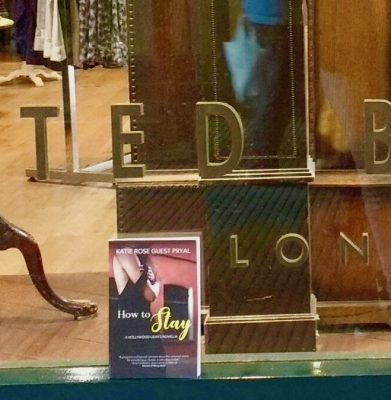 Here’s a little bit about How to Stay:

A princess, a pauper, and a dog…

From the outside, it might seem like Miranda George has the perfect life—a wealthy family, a great education, a good paralegal job after college in her parents’ law firm. But all is not what it seems. When she’s assigned to Matthias Pino, the newest hire of The George Law Firm, she believes that he’ll be just like any other baby lawyer her parents have hired over the years: narcissistic, self-satisfied, and vain.

When Matthias Pino meets Miranda George, the princess of Winston-Salem, he doesn’t try to wine and dine her. Instead, he shows her where he grew up, in the trailer parks outside of Winston-Salem. He takes her to his brother’s dog rescue farm instead of to a fancy brunch. If she’s going to choose him, he wants her to choose the real him.

But when a family nightmare threatens to drag them apart, Matthias learns that Miranda isn’t nearly as tough as she seems, and Miranda learns that the hardest thing to do is to—quite simply—stay.

Engaging characters lead the reader through a poignant and layered narrative about the universal desire for something so elusive—a safe place to fall. Make no mistake, this novella contains a tremendous amount of depth and insight in its condensed pages. You’ll be left wanting more of the Hollywood Lights series as soon as the last page is turned!