I Have Some Questions 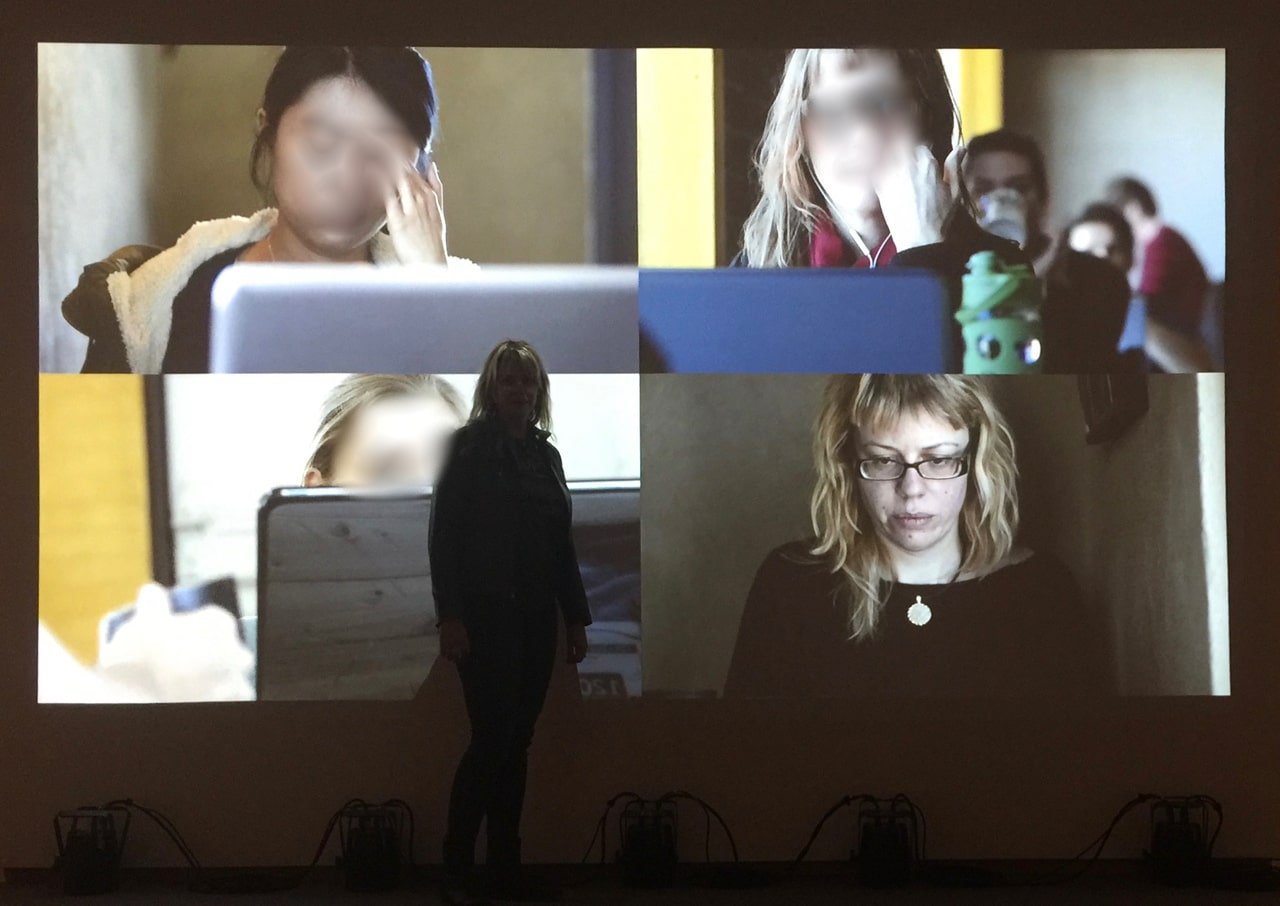 :: How did an exhibit full of video of people taken without their permission slip through the museum’s curatorial board?

I wrote the essay you’re about to read in 2016, when the art exhibit I describe was put up, and then taken down, by the North Carolina Museum of Art (NCMA). I’m leaving up this essay, and the one that preceded it (linked below), as artifacts—records of my experiences as they happened.

As the essays have been shared on social media over the years, confusion arises that causes the same questions to get debated again and again. As an author, I know it is my fault that there is confusion caused by my writing. With this update, I hope to allay some of that confusion.

These essays are about an artist who secretly videoed me and projected the video on a large screen in the NCMA.

As an example, this means that a photographer with a telephoto lens can legally photograph you standing naked in your bedroom, so long as you can be seen, even obscurely, through your sheer curtains and the leafy trees on your property. So long as the photographer is in the middle of the street with a lens is powerful enough to photograph you even though you think you have privacy, he is doing nothing illegal. He can even publish those photographs. This is how paparazzi make a living.

(2) What I was questioning with these two essays was not the legality of the artist’s and museum’s actions, but the ethics, especially in light of the gender imbalance (a cis, white man preying with his camera on unwitting subjects), and the power imbalance (a tenured professor at powerful Duke University). I wanted to share what it felt like to be on the other end of his perfectly legal camera. I wanted others to understand what I experienced. I wanted the NCMA to understand what it was complicit in. Perhaps even the artist (though I failed, as I later learned).

(3) I know how professors make a living. I am one. They publish, and then universities pay them salaries. Although NCMA did not pay the artist for this exhibit, Duke did, indirectly, because it supports the artist’s work.

I documented this experience, and the whirlwind that followed, in my 2019 book EVEN IF YOU’RE BROKEN (winner of the 2020 Gold IPPY Award). You can read the first five pages of the chapter here.

Read on for the original essay:

Note: Read the original post regarding this art exhibit here.

Recently, an artist videoed me without my knowledge or permission and projected the video onto a wall at an art museum as art. A friend recognized me and told me about it, and I was upset that someone had spied on me, used me like that.

I emailed the museum curator. I never heard back.

When I saw the exhibit, I felt naked and exposed. I couldn’t believe that the curator never replied to my email, even to give me some pat nonsense about artistic license. I wrote about how I felt on my blog, and then I shared the blog post on Twitter.

And social media finally got the museum’s attention. The museum contacted me directly. I know that one person reached out to the university who employs the artist, who also took action. In 24 hours, the exhibit was down.

I have some questions.

Why did this exhibit go up in the first place?

How did an exhibit full of video of people taken without their permission slip through the museum’s curatorial board?

If they don’t want the exhibit now, why did they want it then?

Did they just presume the artist had releases (oops)?

Are we so inured to the idea that we can video other people that we’re not unsettled by this exhibit at all?

Why didn’t the curator email me back, long before I posted on my blog?

I wish this outcome felt like some sort of victory. Instead, I just feel like we handed the artist ego-feeding attention (I was censored! Check me out!) and the museum can feel like they did the right thing after they did the wrong thing about fifteen times.

Thanks for listening to me, here and before.