:: Vincent is far more Tywin Lannister than Edward Cullen. He protects what is his, to the bloody death, if necessary. 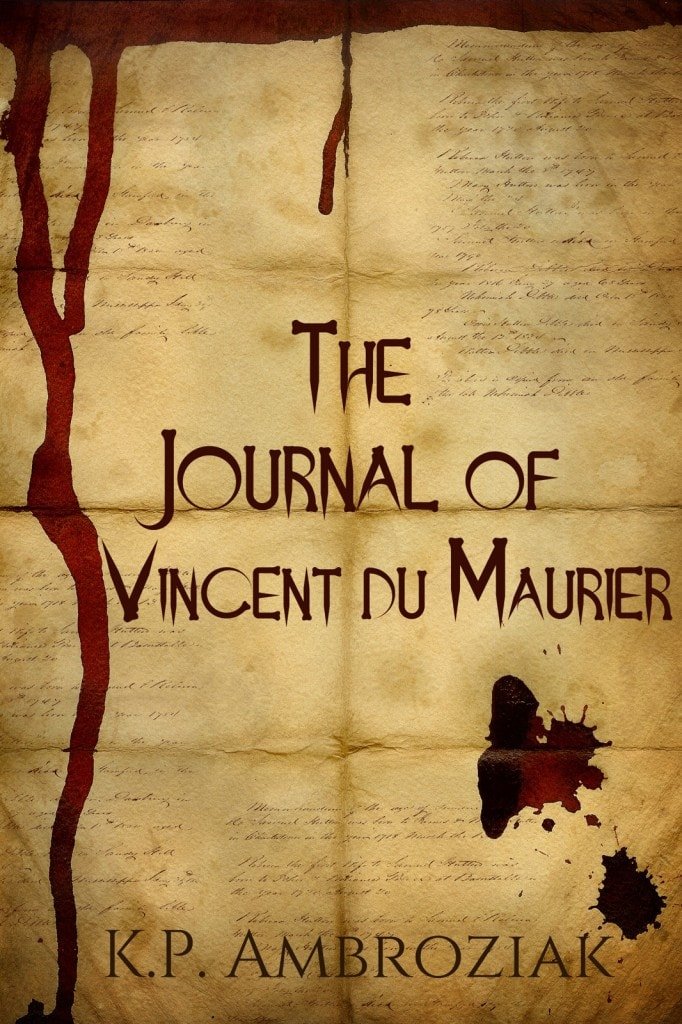 Vincent du Maurier lives in a terrible world for both humans and vampires: a world overrun with a zombie plague. For humans, escaping the zombies is nearly impossible. For vampires, eating the zombies isn’t an option. Thus, as the humans die off or transform, the vampires are running out of food. To Vincent, as a vampire elder (just how “elder” you learn later in the book), protecting his vampire clan is most important. We meet him as he is capturing humans to feed to his dwindling brethren.

He brings two humans back to the cathedral where the handful of vampires are hiding, including his mate, Byron. Byron, though, is dying. He leaves Vincent with a death-bed command: protect the young female human whom he has brought to the cathedral. And protect her unborn child.

According to Byron, they are the only chance humans—and therefore vampires—have of survival.

The adventure follows Vincent and his clan as they gain and lose members, both vampire and human; as they try to evade zombies, other vampires, and worse; and as they try to protect the pregnant Evelina while fleeing across post-apocalyptic Italy.

Vincent is pulled by contrary drives: to guard Evelina and to feed from her, and Evelina isn’t helping his self-control much. She offers him a vein at every opportunity.

The Journal of Vincent du Maurier has a captivating narrative voice—that of Vincent himself, of course, since we are reading his journal. Although he is a murderous scary monster-person, I believe everything he tells me, and I want him to tell me more. And, with the exception that I’ll mention in a moment, Vincent (um, the author) does an excellent job of describing vivid scenes and characterizing the many, many beings that the narrator encounters in this book.

Did I mention there are many characters in this book? That’s because the author will kill off a character without a second thought. Remember the Red Wedding? There isn’t an ounce of sentimentality to be found in this book.

The Journal of Vincent du Maurier has a two narrative weaknesses. The first is this: there are too many competing mythologies. Vincent is an ancient (insert withheld spoiler here) vampire who is fleeing zombies in a post-apocalyptic future. Thus, we have (1) an ancient mythology, (2) vampire mythology, (3) zombie mythology, and (4) science fiction, all mashed up. One of them was bound to get short shrift, and it did.

Although the book is supposedly set in a future that occurs decades (or more) from now—there’s a reference to 2029 being a time well in the past—there is very, very little about the various settings to indicate that Vincent is living a future world. There are basically no futuristic elements to the story. Some of the backwardness of the setting might be attributable to the zombie apocalypse and the deterioration of society that would have occurred. But not all. Indeed, many of the buildings, modes of transport, weapons, clothing, and all of the ways that an author usually nods at a futuristic setting not only do not seem futuristic, they seem Victorian, or even older.

Readers looking for a zombie/horror novel with vampire mythology mixed in will of course love this book. This is not a vampire love story, so if that’s what you’re looking for, you won’t find it here. Vincent is far more Tywin Lannister than Edward Cullen. He protects what is his, to the bloody death, if necessary.

(The book ends on a cliffhanger, setting up a series.)