“Why Birds Have Wings”: Prose Poem about Rape 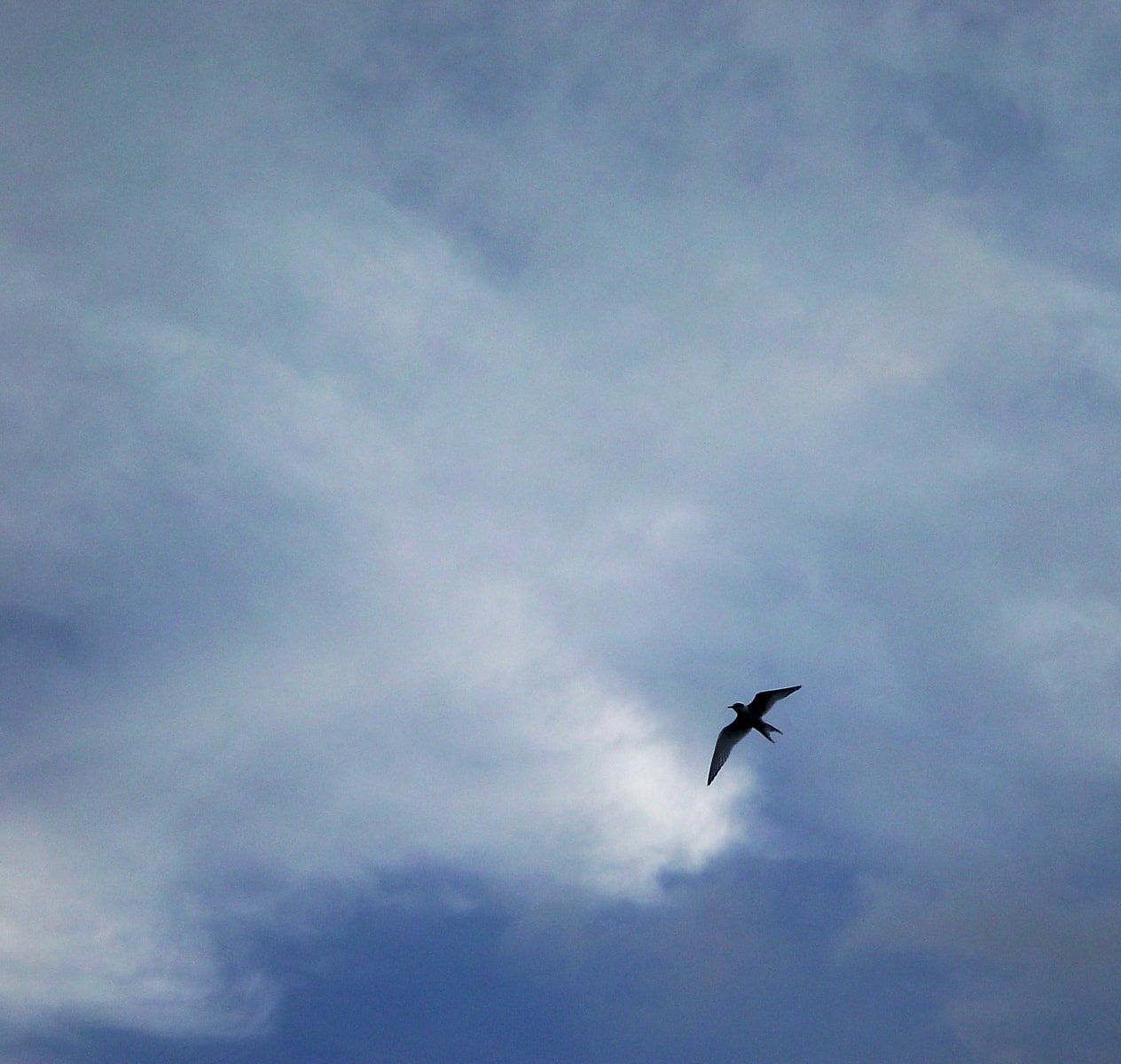 :: She tries to say she is sorry, so sorry, but the words fly away like birds.

I published this prose poem / flash fiction in the literary magazine Bayou years ago (Issue 49 from 2008, if you are keeping count). I don’t write much short fiction or poetry any more, just keep tooling away on a couple of novels and dreaming dreams about them like many of us bloggers out here.

Why Birds Have Wings

She is out with her brother, her brother who knows her. And her brother’s Friend who knows her too. They are all friends. She drinks and she likes to drink. She is good at drinking and not seeming to be drinking especially around her brother, who doesn’t like it when she drinks. Her brother’s Friend is nice, has always been nice to her, and he’s handsome, and a doctor. Her mother would like it if she married a doctor, she thinks, while they sit together in the tall chairs at the bar, drinking. They listen to the music and watch the people dancing. She likes to dance but knows she is too drunk to dance now, she wouldn’t dance well, so she sits instead, and listens to the Friend talk about the work he does, about saving people. He is a saver, she thinks, a saver, safe.

It’s getting late. The lights are brighter now inside and it is very dark, outside. This means it will be time to go soon. The Friend stands up, steps close to her seat, leans near her, tells her things, that she is beautiful. Beautiful, she thinks, to a man who can have many beautiful things. He puts his hands on her shoulders and squeezes. Her muscles shift shape to fit the shape of his hands, the hands that save people.

They are outside the bar now. Like magic. She doesn’t remember how they got there—she and her brother and the Friend. On the sidewalk that tilts toward the street like toward a rushing river. She holds the arm of the Friend and he supports her. She can’t stand on her own, she’s so drunk, but she pretends she wants to hold on to him, for the pleasure. She smiles at her brother. She reassures her brother. Her brother loves her, she knows. So she smiles and reassures and tells him she’s fine and he believes her. Of course he believes her. She could convince anyone, for a moment on a sidewalk. She convinces her brother that she wants to spend the night at the Friend’s house. She trusts the Friend. Her brother trusts him. Why shouldn’t she. He is a Friend. A saver. With good hands, magic hands.

It is a sliver of a moment until they arrive at his apartment. Until he is shaking her shoulder telling her to wake because they have arrived. When she wakes, she speaks but she can’t speak. Her voice has been stolen and replaced by garbled words that aren’t hers. She thinks these words are funny, and laughs as the Friend lifts her from the car. He tells her to be quiet. She tries to say she is sorry, so sorry, but the words fly away like birds.

He carries her inside, dragging her feet across the cement sidewalk, over the metal rim of the sliding glass door. When she feels the carpet under her feet, she considers falling down there and sleeping, knowing the softness will feel like goodness, and she can sleep there. She tries to ask the Friend if she can sleep on the carpet, but he tells her to be quiet, quiet, because his brother is sleeping. The Friend’s voice is sharper now, like the rattling of a cage. She stops laughing.

He helps her up the stairs to his room. She sees his bed. She is delighted and falls on it, lying on her side, pulling her knees to her belly, shutting her eyes, dreaming of sleeping. The Friend disappears into the bathroom. She wonders if he will come back but doesn’t care. She is so sleepy and only cares about sleep.

Then he is back and he is on her and he kisses her. She kisses him. She understands kissing. Kissing is nice. He lies on top of her. She can’t move her arms because her arms are like her words, no longer hers, garbled, uncontrolled. He pulls her up, holds her with one hand, one fist gripped around her arm, and with the other pulls off her shirt in one motion, then pulls her bra without unclipping it. The tightness of the bra catches on her arms and shoulders but the Friend keeps pulling until it is off of her, until it is gone. He drops her back onto the bed and she falls, falls, until the bed catches her. Now, she cannot shut her eyes, sleep has slipped from her like everything. He stands and removes his shirt, his pants, his everything. He pulls at her pants until the button slips loose, then yanks them from her feet. Her legs are garbled. He reaches for her panties. Her brain turns red. Red red red. She knows, despite this draining, what to do, to say. Magic. Magic words. She moves her muddled arms her mangled fingers to her hips, grabs hold to the edges of her panties, hangs on when the Friend would pull. No, she says. No. No. The only word she knows. The magic word. She holds on and speaks one word.

The Friend grabs her shoulder, squeezes, and turns her over, presses her stomach and face into the blanket, the hard mattress. She doesn’t let go of her panties. The Friend slips a finger under the lace edge of her panties between her legs and pulls aside the slender piece of fabric, pulls it aside the distance of two fingers or perhaps the distance of an ocean, and shoves himself inside.

She wakes three hours later to the chirping of birds.

She thinks of her brother first, as she slips out of the Friend’s apartment into bright light.

She tells no one. Because she no longer believes in the magic of words.

A great way to support the writing I do for free (such as the essays I write on this website) is to buy my books. You might enjoy my book EVEN IF YOU’RE BROKEN: Essays and Sexual Assault and #MeToo. This story, the first I ever published about sexual assault, is the prologue of that book.