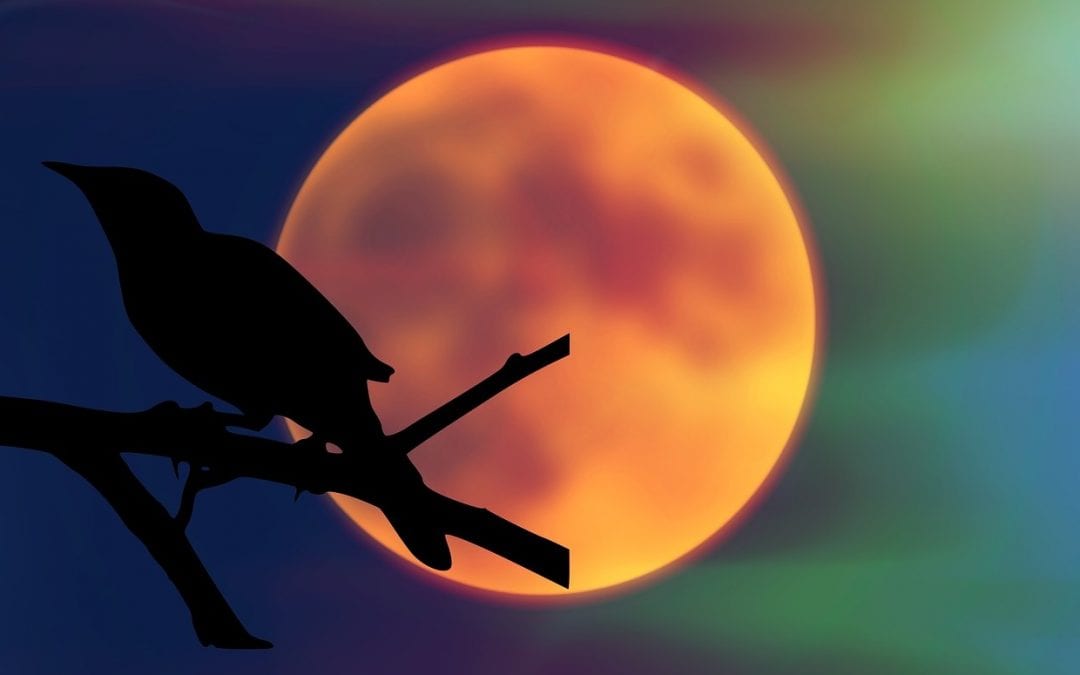 :: White liberals love Colbert. He’s their hero. Colbert (and others like him) is white liberals’ modern-day Atticus Finch. He’s a screen-based liberal hero who makes white liberals feel good about themselves by taking down easy conservative and right-wing targets.

In case you missed it, feminist activist (that’s a compliment) Suey Park (ETA 1/2/16: formerly @suey_park on Twitter, account now removed) and others led a charge against Stephen Colbert and his media conglomerate yesterday after a bit on his show and a tweet that ostensibly mocked the owner of the Washington Redskins by making fun of Asian people. Colbert’s conglomerate quickly deleted the tweet, but people screen-capped it. 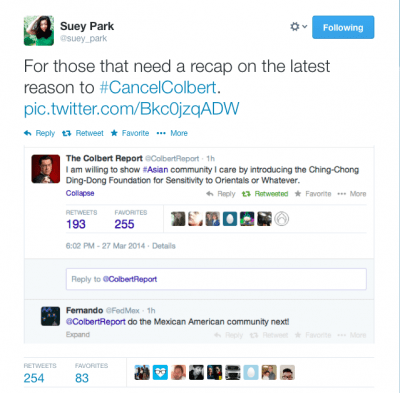 Suey Park, and others who supported her position on this issue, trended the Twitter hashtag #CancelColbert, and by the end of the night last night it was the top hashtag on Twitter. 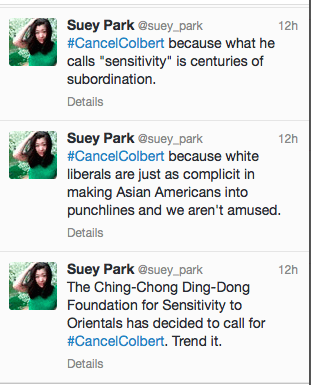 (If you don’t know what that means, just know that it’s pretty cool.)

Soon after the hashtag started trending, soon after Ms. Park addressed the problems of the Colbert conglomerate’s use of Asian stereotyping in its failed attempt at satire, white, predominantly male Twitter users started attacking her and supporters. The attacks fell into a few categories.

(2) “You are racist for attacking white people.” They cite MLK. (More ROFLs.)

and because this is Twitter and because Ms. Park is a woman who opened her mouth:

The first one is pretty easy to debunk. Satire, in case you don’t know, does not (and should never) sacrifice the weak and disempowered in its attempts to attack the powerful.

In Swift’s “A Modest Proposal,” the only group that comes off looking badly is the wealthy English—not the Irish poor. In Colbert’s so-called satirical “Foundation for Sensitivity,” he uses incredibly hurtful language, language that stands upon centuries-old history of oppressing Asian-Americans and depriving them of citizenship rights in this country. Colbert sacrificed Asian-Americans to make a rich white dude look bad. That’s not satire, that’s just a racist joke.

The second attack is also easy to debunk. White liberals love Colbert, and they rallied against any criticism of him, attacking Ms. Park for her #CancelColbert call. When Ms. Park and others pointed out—simply made an observation—that white men as a group were defending Colbert, they freaked out and called Ms. Park racist.

White people, especially white men, are not accustomed to having their actions pointed out to them in group terms. It feels uncomfortable. It feels…racist. 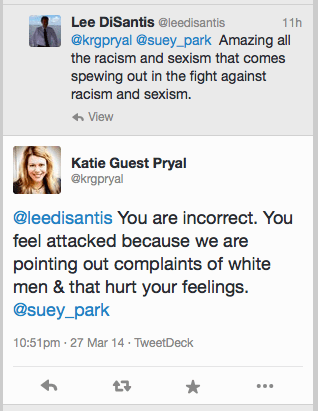 White men—and many white women—keep leaping to the defense of Stephen Colbert, despite the appalling tweet and the attendant segment on his show.

I have a theory.

White liberals love Colbert. He’s their hero. Colbert (and others like him) is white liberals’ modern-day Atticus Finch. He’s a screen-based liberal hero who makes white liberals feel good about themselves by taking down easy conservative and right-wing targets.

What Colbert doesn’t do is take down the racism, sexism, able-ism, homophobia, and other prejudices that white liberals themselves carry. He doesn’t force his own viewers to look inside themselves and self-examine, at least not very often. He rarely makes his own viewers uncomfortable about themselves.

He does the opposite: he makes them feel great about themselves. Smug, even. So smug that they’ll defend a violently racist joke and threaten to rape and kill a woman in his defense.

Really? Yes. Just follow #CancelColbert and see for yourself.